We all have heard leaders of the tech world, mostly Mark Zuckerberg, talking about a new concept: the metaverse. But this concept may be a bit confusing for us, just like the concept of the internet was for people in the 1970s. A new form of communication is about to be born, and we may not be able to fully understand it until the day we experience it. But if all the hype about the metaverse in the worlds of tech, business, and finance has made you think about what it really is, this article is right for you.

Where did the word “metaverse” come from?

The word metaverse is not new. It seems to be first coined by author Neal Stephenson in 1992 when he used it in his novel Snow Crash. In this science fiction novel, he used metaverse to describe a three-dimensional virtual space in which people could interact as programmable avatars.

Metaverse is a simulated digital environment, in the form of a combination of several elements of technology. Some of these elements that we already know are virtual reality (VR), augmented reality (AR), blockchain, and some concepts in social media. Using the metaverse, users can “live” in a digital universe using a “digital me” or a digital avatar. Proponents of the metaverse say people can work, play, and stay connected with family, friends, and colleagues through different experiences such as concerts and conferences and even trips around the world, as it makes a rich user interaction possible.

An example that can help us understand what metaverse may look like is Roblox. Roblox is a place where players play games that other developers have made, using an avatar that can reflect their appearance. To put it simply, users can play and sell their products in Roblox and earn virtual money convertible into real money. This space also makes it possible for users to hold gatherings as digital events in which people from different locations can participate.

However, using Roblox as an example to describe metaverse is like using Google as an example to describe the internet. They are not the same, but these examples are parts of the wholes we are trying to explain, making the concept clearer in our minds. The metaverse will be the result of the cooperation of the leaders of the technology world, independent developers, and grassroots creators in building a united virtual world that includes different parts. In an essay on his website, Matthew Ball, managing partner of venture capital firm Epyllion Industries, has written about the metaverse: “we are on the cusp of the next internet.”

What features will metaverse have?

Metaverse will be persistent, real-time, interoperable, infinite, and self-sustaining, and will have some features that may change our lives. Here are the three most important features of the metaverse:

However, there are many issues that humans may face when using such a new technology, including data privacy, security, and diversity just to name a few. Any problem existing in the real world may take on a new dimension in this new world.

What is the metaverse Facebook is going to create?

In its press release, Facebook has written: “The metaverse is a set of virtual spaces where you can create and explore with other people who aren’t in the same physical space as you. You’ll be able to hang out with friends, work, play, learn, shop, create, and more.”

This definition shows that we are somehow familiar with the metaverse as we spend lots of time online every day, using metaverse-ian elements for daily interactions.

When will we be able to use metaverse?

As Zuckerberg, the CEO of the Meta (formerly Facebook), says, the key features of the metaverse becoming mainstream may take 5 to 10 years. But we can already see some aspects of the metaverse including VR headsets, ultra-fast broadband speeds, and persistent always-on online worlds.

Some other useful information about the metaverse

Here is some more detailed information about metaverse that can be interesting for you:

When Facebook’s metaverse comes into existence, users can access it via VR headsets, AR smart glasses. Desktop and mobile apps will also provide limited access to the metaverse.

The regulations around the metaverse

While metaverse is still too young, it’s not under the jurisdiction of traditional regulations. But Facebook is working with different educational and legal institutions in this area.

The owner of the metaverse

In an interview with Verge, Mark Zuckerberg said that the metaverse will be a kind of an “embodied internet,” which will be operated by multiple decentralized players. So, Facebook will not be the one company that runs the metaverse.

The possible business opportunities around the metaverse

The metaverse economy will be booming. There will be many open positions for highly-skilled experts, especially for content creators and AR/VR startups. In the future, even users can earn money in the metaverse.

Metaverse is too young to be fully known. There are many unknown aspects of the creation of such a virtual world including the regulations, the privacy of the users, and so many other aspects that we will face after it becomes part of our daily lives. But the world, especially the young generation, seems ready and eager to dive into the new experience of living in a virtual 3D world as these days internet in its current form, seems to have shown us most of what it had to offer 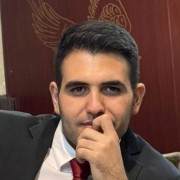